“So you want to build me a house?”– When volunteering fuels the wrong things 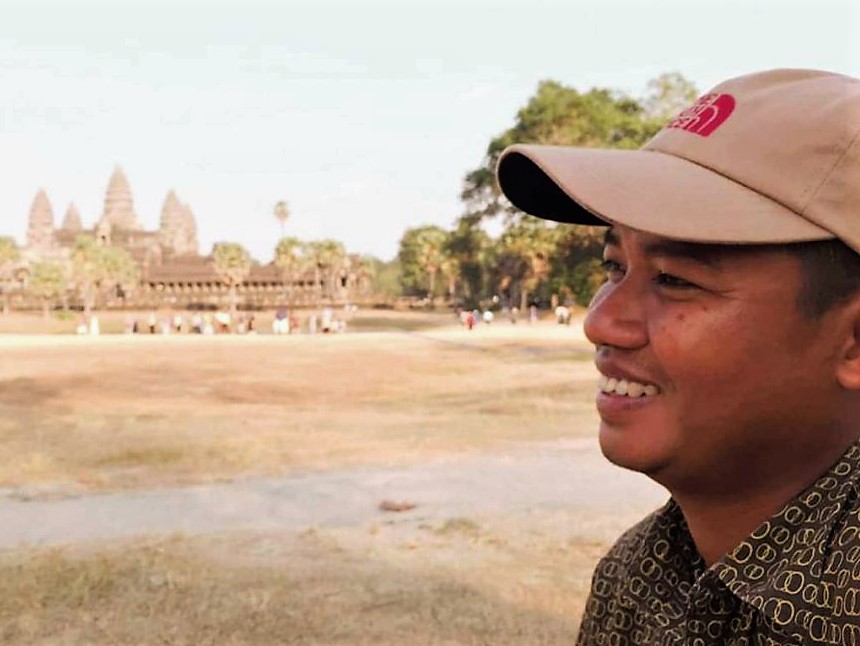 This blog is a repost from Learning Service, and is the second part of a two-part series sharing some perspectives of NGO culture by Dork Silong, a Cambodian educator and tour guide who lives in Siem Reap.

There are lots of NGOs that build houses for families for free in Siem Reap, usually using voluntary labour from tourists. One of my neighbours got a free house – actually he comes from quite a rich family but when he got married he moved into a smaller house with his wife. When the NGO came to do the assessment they didn’t ask him about his background or his parents’ capacity to support him, they just looked at his small house and asked him if he wanted a new one for free. His parents are big landowners in town – they could sell just one square of land and they would get $100,000 – but as the NGO offered to build him a house his family said “OK, just let them do it.” There is even more irony in this story because the guy was a professional construction worker by trade. But he played no part in the building of his own house because some unskilled foreign volunteers came to build it for him! When they left he had to rebuild some parts as they hadn’t done a very good job.

The guy realised there was money to be made in the “volunteer house building industry” so got a job with that NGO to teach construction skills to foreign volunteers. So instead of the professional construction worker building houses, he deliberately decided not to do that in order to enable volunteers to do it instead. Also, teaching the volunteers didn’t pay him much – around $5-10 per day, but as volunteers are not there year-round he only works about three months in a year. He could earn a lot more by building houses himself or starting a business, but he had developed this attitude of dependency because he got a free house before.

The volunteers who built this guy’s house put their names on a signboard outside his house, so everyone could see that it was a donation. One of the volunteers came back to visit last year and found his name on the board. I am not sure if he was disappointed to basically see the family in the same condition that he had left them in. The volunteer asked the guy why he hadn’t improved his conditions and the guy said “I don’t have any money – can you give me more?”

Actually the volunteer was not very respectful when he came to visit the family. He seems to have gone there entirely to take intrusive pictures of the family – as if because he had helped build the house he now had a right to whatever photographs he pleased. For example, he started taking photos of the guy taking a shower, wearing only his underwear! Can you imagine how rude that seems, or what an invasion of privacy it is? I wonder if the volunteer ever considered if he would allow anyone to take a picture of himself in the shower? No, he was probably just thinking about how the photo shows a picturesque scene of poverty, with simple, vulnerable people taking outdoor showers in a rustic way. This incident happened in 2019 – there is still so little awareness of these issues even in the present day.

It creates a very weird dynamic to have unskilled tourists coming in from outside thinking they can tell Khmer people how to do things better. When I asked my neighbour “Why did you let those foreigners build your house when you knew you would have to rebuild it?” his answer was “Because they will pay money to do it.” There is very little understanding about the drive that volunteers have “to do good” or their incorrect assumption that if they don’t do it, no-one will.

It creates a very weird dynamic to have unskilled tourists coming in from outside thinking they can tell Khmer people how to do things better. When I asked my neighbour “Why did you let those foreigners build your house when you knew you would have to rebuild it?” his answer was “Because they will pay money to do it.”

Some of these house building programs are ridiculous. Of course these foreign volunteers can’t build very good houses, they have never done anything like it before. One house that I saw looked alright when the volunteers left, but after one big wind it became completely misshapen. Just one gust of wind did that! Can you imagine, with all the extreme weather we have in Cambodia, what kind of poor shelter that house would provide? Fortunately almost everyone in Cambodia knows how to build a house, so once the family has said goodbye to the volunteers they usually just rebuild the house themselves. There is only one reason that families accept volunteers coming to build a house for them, and that is that volunteers bring money with them, and money equals power. If you have money you can do whatever you want, no-one will dare to say no to you.

If you go somewhere as a volunteer you should think carefully about the way you approach it. Don’t just go in thinking: “Oh I’ll do that because I can pay for it.” If I could give all international volunteers some advice it would be this: ensure you have the correct skills for the job you want to do. For example, what is the most important factor in children’s learning? Is it a nice building, or painted walls, or handouts of nice clothes or food? No – it is the skill of a good teacher. A skilful teacher could sit down with a group of students under a tree and transform their futures because he knows how to teach the right things in a meaningful way. It is the same when you volunteer, it’s not so much about how long you stay for it’s about the level of skill you have.

For example, I needed to build a website but I didn’t have the first idea of how to do it. A friend of mine is an expert in this, and he agreed to volunteer with me for just one week to teach me. Honestly, even after the first three or four hours, he had changed my life! Because he had skills that I needed and he could pass them on.

What I want to say to all volunteers is that when you come to a country, take a long look at yourself and question yourself. Are you a professional in the skill you want to offer? Have you learned how to share that skill effectively yet? If not then please don’t volunteer here! Because the thing is, if you yourself are not good at something and then you try to pass on those skills to others, everyone will just learn to do that thing wrong. Me, for example, I am qualified to write education curricula. So if I was going to volunteer, that is what I would suggest I would be useful volunteering in.

If you go somewhere as a volunteer you should think carefully about the way you approach it. Don’t just go in thinking: “Oh I’ll do that because I can pay for it.” If I could give all international volunteers some advice it would be this: ensure you have the correct skills for the job you want to do.

I understand that volunteers just want to help, and that is a good thing. But good intentions are not skills, so please think before you do some damage just because you want to have the warm and fuzzy feeling of volunteering. I’m sorry to say this, but I see that most rich people are just spoilt. They have the luxury and ability to do things purely because they feel good about it. The volunteers have the ability to come to another country to explore themselves, to test themselves, to do things that make them feel good, but what if through you feeling good you destroy someone’s life, or you disempower people, or create dependency?

So this is my final message to all volunteers, which could solve a lot of the problems that I have written about here. Please question yourself, and be sure of your skills. If you don’t have skills, or you are just a student, why do you think you can build a house? Please know that everyone in Cambodia has the skills to build a house and that they will just rebuild after you leave – how does that make you feel about your contribution? What about when a storm comes and the house gets damaged, whose fault is it? I am not telling volunteers not to come, they are welcome to come. I am just requesting that they come with appropriate skills for the task.

Don’t get me wrong, I am not trying to blame volunteers for all the flaws in the system. I actually want to blame the system itself for that. I don’t blame any individual, or any NGO or any donor. My country is very small and yet we have more than 3000 NGOs. And I question that – what is the government’s job if not to do all these things that the NGOs are claiming responsibility for? I pay a lot of tax and so does anyone in employment here, I want to hold my government accountable to spend that money on solving our own problems. My country has relied on NGOs since the second that we emerged from war. As soon as the borders were open, the NGOs moved in. Cambodians had no idea what the word “NGO” meant – we would hear that word and just think “they will give us something for free.” It creates an unhealthy expectation and is a dependency we don’t need. The system should be empowering Cambodians to have dignity and be independent, and I wish for all volunteers, all NGOs and the government, to be working towards that.

About the Author: Sophannak Soun