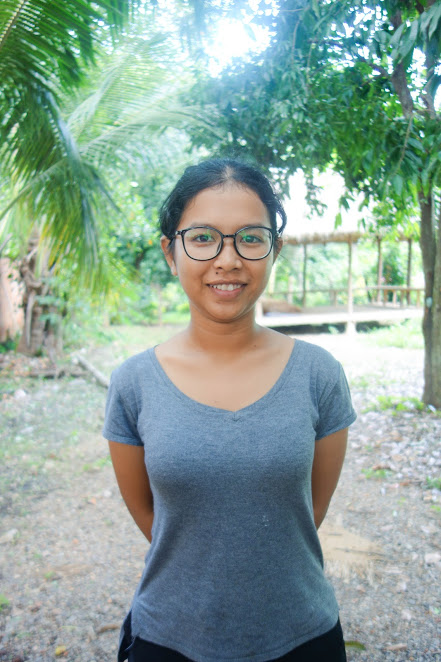 Solida is one of CFI’s new social workers, helping to keep the children of Battambang safe. She graduated from University with a degree in Social Work earlier this year, and shortly thereafter moved to Battambang to work for Children’s Future.

As a native of Phnom Penh, Solida was surprised by some of the things she saw when she got to Battambang. What first struck her, was the lack of working age adults. She saw plenty of young children, and plenty of elderly people, but very few people in between. She quickly learned that all of the working age adults had migrated to Vietnam, Thailand, or a major city elsewhere in Cambodia to find more profitable work.

Despite the missing generation, Solida was touched by the warmth of people in Battambang. Everyone in the neighborhoods near the CFI Learning Center seem to know each other on a personal level, much moreso than in Solida’s home-city of Phnom Penh.

As a social worker, Solida gets a lot of quality time interacting with the people of Battambang as well. Depending on the day, she is either working directly with kids at the Learning Center, or travelling to homes in Battambang to work with families around their children’s safety.

Working directly with children was one of her first passions in the social work field. When she was still in University, Solida realized that she was good at understanding children’s feelings and had a natural ability to communicate with them. At the Learning Center, Solida acts as a counselor for children with behavioral or emotional issues. If a student is acting up in class, or has attendance issues, she sits down with them one-on-one to discuss their feelings and help them deal with their feelings more effectively.

If the issue is related to the student’s home-life, Solida will take a trip to the family’s home. On home visits, Solida sits with the heads of family or caretakers, sometimes with the children joining as well.

In her meetings, Solida aims to get a complete picture of the child’s home life. She asks the family all sorts of questions relating to their child’s health, nutrition, general safety, and more. Once she has a clearer idea, she helps the family to identify their strengths, the areas they can improve, and the ways that CFI can help. At the end of the meeting, the family is left with a clear plan for how to better support their children, while Solida has a clear plan for how to intervene if another issue arises.

Solida is proud of her work, but, most of all, she’s happy to be helping the children, even just sitting down and talking to them to make them feel better. In her words, “whether it’s a big or small thing to help the kids, I’m very happy!”